We are please to announce that Portland’s Singing Christmas Tree moved back to the Keller Auditorium in 2016. Tickets for the 2017 performances will be on sale in July of 2017.

Portland’s Singing Christmas Tree, a 501(c)3 non-profit organization, is the Pacific Northwest’s premier destination to kick off the holiday season! In 2017, we will be celebrating our 55th year. This two-hour musical production showcases both contemporary and traditional holiday music performed by over 350 adult and youth choir voices, dancers and local actors. The cinematic story line and extravagant lighting are certain to delight the entire family, from young to young-at-heart. 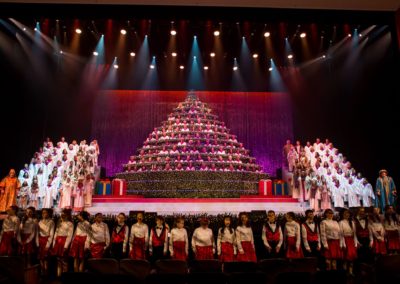 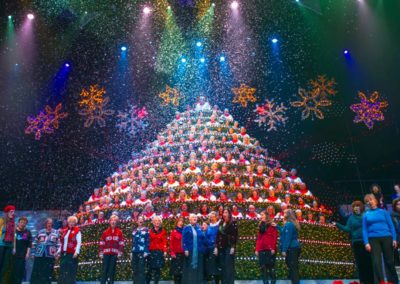 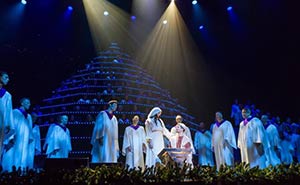 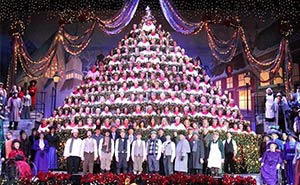 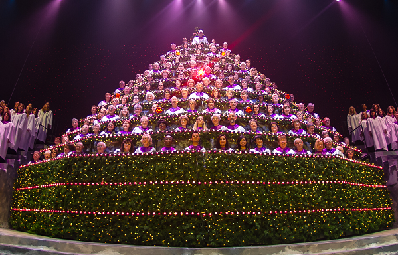 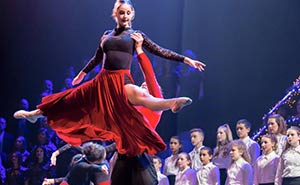 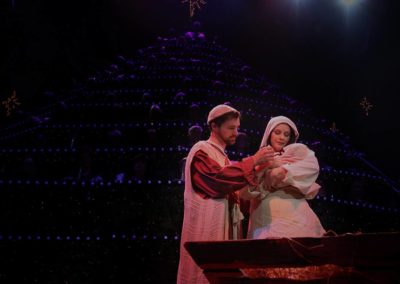 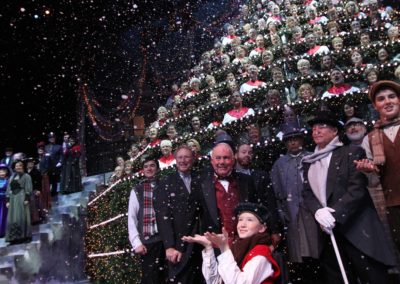 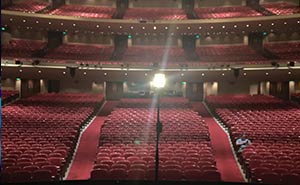 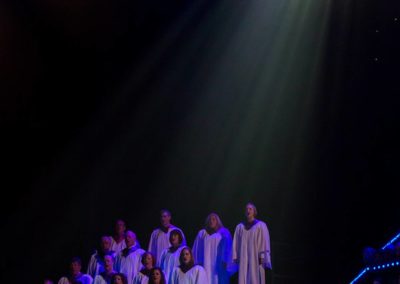 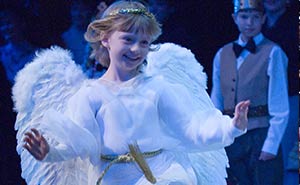 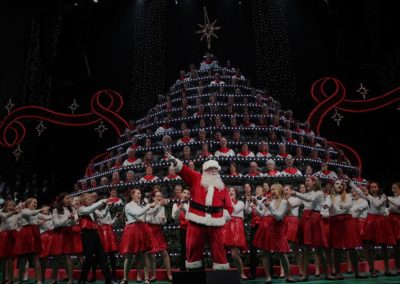 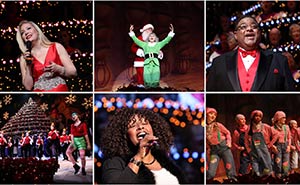 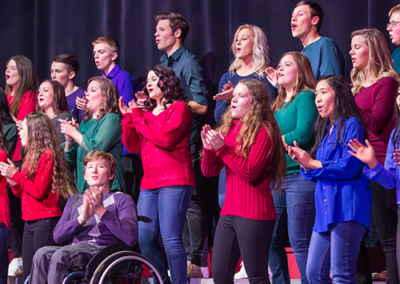 The year was 1962. Packy the elephant was the biggest draw in Portland. John F. Kennedy was the newly elected President of the United States, and Mark Hatfield was the Governor of Oregon. Gas cost 31 cents per gallon, and the average house sold for $15,000.

In a small room at a local church, a group of people gathered to discuss the possibility of bringing something new to the City of Roses . . . a Singing Christmas Tree! With optimism, zeal, a budget of $500 and lots of faith, these “pioneers” began what has become Portland’s premiere destination to kick off the holiday season where CHRISTMAS COMES ALIVE!

Benson High School’s Auditorium hosted the first performances, where Dave Peters, the first director, and the early founders wanted to give the city a gift. Although Dave Peters was the first, there have been many great directors to follow.

As enthusiasm for Portland’s Singing Christmas Tree grew, so did the demand for seating capacity. The Oriental Theater was our next stop, but not for long. In 1968, the Civic Auditorium completed an entire renovation and the TREE presented one performance to a standing room only crowd. A second year of standing room only crowds made the sale of tickets a must.

What started with only one annual performance quickly grew to multiple performances each year. In 1989, a new concept was born. Instead of one local church meeting the growing need for singers, choir members came from throughout the community.

Over the years, the “community choir” has grown to include hundreds of singers from 131 area churches. Volunteers continue to be the heart and soul of the TREE, giving of their time in front of and behind the curtain to keep this amazing gift to the city alive.

Local sponsorship has been and will continue to be a critical part of everything we do. The TREE has been blessed with sponsors such as: Reser’s Fine Foods and the Reser’s Family, West Coast Drape and Blush Furniture, KPDQ and 104.1 The Fish, United Grocers, 1190 KEX Radio, Thriftway, KOIN TV, KGW Northwest News Channel 8, The Oregonian and many, many more.

This year we are continuing the spirit of giving by donating financial support to our local school music programs. Ten high school choirs will be featured during our performances.

Thousands of tickets have also been donated to local organizations over the years, including: The Salvation Army, NW Pilot Project, Freedom House Ministries, My Father’s House, Albertina Kerr, Hillyard Group, Washington County Mental Health, Inn Home for Boys, and the Language and Culture Institute in Oregon.

We would like to personally invite each and every one of you, along with your family and friends, to come experience our new holiday celebration where CHRISTMAS COMES ALIVE!